It sounds hard to believe at first, but just 7% of how we communicate with each other is through words.

Humans communicate primarily through body language. It’s been that way throughout our evolutionary history, and it remains so today. Recent studies have concluded that body language makes up about 65% of our interactions—the bulk of the 80% of communication that is deemed “nonverbal.”

Because our culture places so much emphasis on words and verbal response, we tend to overlook the powerful messages being transmitted every day through body language. The missed opportunities here go in two directions. First, we fail to properly observe and understand the body language of our colleagues and friends, missing important clues to what they’re really thinking and feeling. And second, we remain all too ignorant of the messages we ourselves are projecting via our gestures, stance, handshake, posture, and more. (If you’ve ever watched videotape of yourself in a meeting, you know how embarrassingly obvious body language can be.)

Body language can be mightily useful to the liespotter, because liars tend to rehearse the words they use, not their gestures. When someone’s body language says something different from his words, you know you’re not getting the whole truth. With knowledge of liespotting the face and liespotting the words, you’ll be able to identify the clusters of unusual behavior when words, actions and expressions don’t jibe.

Hotspot #1: The Head
As the home of our brains and sensation centers (ears, nose, mouth, eyes), the head can have “a mind of its own” when our concentration is on other things—like keeping a story straight. This means that we’re prone to nod “Yes” even as we’re mouthing the word “No,” or vice versa. Look for this in television interviews and you’ll be amazed how often you see it. Look for it in negotiations or job interviews, and you just might find a cause for suspicion that you would have otherwise missed.

Hotspot #2: The Face
Our nervous tics—nose scratching, ear tugging, mouth covering—tend to increase in frequency with the stress of lying. While you are zeroing in on the face to look for facial expressions, take note also of fidgeting actions like face-touching. If you’ve baselined the behavior of the person you’re talking to, spotting the out-of-place gesture will be easy.

Hotspot #3: The Shoulders
Shoulders can speak volumes: shoulders hunch up with discomfort, and drop in exasperation. They rise in a shrug that could mean “I don’t know” or “I don’t care.” And when shrugged only partially, they may indicate deception. Genuine shrugs that indicate “not knowing” should be complete and symmetrical. Contrast that with a lopsided or partial shrug, which is probably feigned and rarely matches what someone is saying or thinking. Liars often flash a tentative “half shrug” unconsciously when being interviewed. 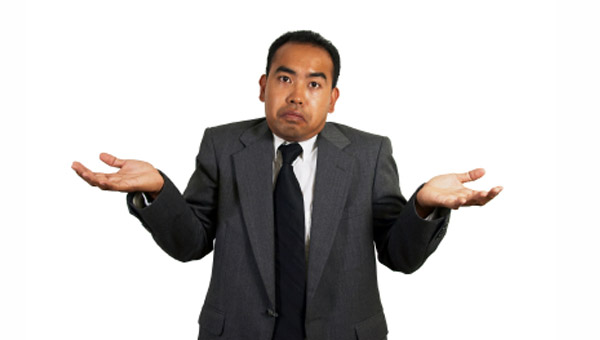 Hotspot #4: The Torso
It’s perfectly natural for us to move our bodies while talking. Leaning back and thrusting forward to emphasize a point are an expected part of truthful storytelling. So when you encounter someone who is awkwardly stiff in conversation, be on guard. Liars will freeze up as a way to prevent “leaking” any emotive gestures. An alert liespotter will read the lack of torso movement as the biggest leak of all.

Hotspot #5: The Arms
The arms are another body language hotspot that, like the torso, draw the most attention when they’re underused in conversation. We cross our arms when we want to take a defensive posture. A liar might lock them in place there, afraid that he will leak clues to his deception by using unnatural hand gestures. The crossed-arms stance is the polar opposite of the open, palms-out stance that is considered to be the most welcoming, truthful position. If you are dealing with someone whose arms are crossed, be prepared for a negative or unwelcoming reaction, whether you suspect deception or not.

Hotspot #6: The Hands
The hands are one of the most expressive parts of the body. We use our hands to accent and emphasize speech, in gestures known as “illustrators.” Be on the lookout for people who don’t use their hands to accent or embellish the telling of a story—it may be a sign that they aren’t fully invested in what they are saying. Other red flags: exaggerated gestures about the actual size or placement of something, unnatural movements that don’t fit in the baseline profile, and clenched fists or folded palms, both of which indicate restraint. 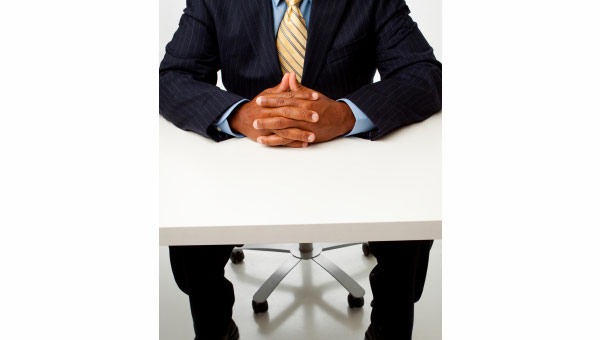 Hotspot #7: The Legs
Our legs are harder to consciously control than other body hotspots. To the astute observer, the legs can thus provide rich information on a person’s state of mind. A colleague who takes an unusually wide stance may be attempting to assert dominance when really she feels weak. An interviewee under stress may rub his thighs in a “cleansing” motion as a way to sooth tension. Someone who splays his legs in the company of higher authority should be watched—this is subtle way of claiming territory.

Hotspot #8: The Ankles
Think of your last visit to the dentist: did you cross your legs upon sitting in the chair? It’s likely that you did, right along with the next guy. Locked ankles, when seated or reclined, are a sign of discomfort and anxiety. (When standing—as during a conversation between two coworkers—it may be a sign of mental activity.) If your office seating arrangement affords a view down to floor level, take mental note of others’ crossed ankles. They can be an indicator of discomfort, no matter how cool and calm someone’s voice may sound.

Hotspot #9: The Feet
Your feet serve as your personal getaway car, so it’s no wonder that they will be quick to show whether or not you want to be out of a stressful situation or not. A tapping foot is a classic sign of nerves (which may or may not indicate deception). Also, the direction in which the feet are pointed can provide some hints as well; if your feet are aimed at the door, they’re practically screaming “Get me out of here!”

Hotspot #10: The “Personal Bubble”
When we’re hiding something, we feel cornered or threatened by questions and will often try to maximize our “safety zone.” In addition to keeping our distance by sitting in a farther-away chair, we may set up physical barriers, such as a purse or book or water glass, between ourselves and the questioner. A smart interrogator, when he suspects deception, will make sure to remove all blocking objects so there’s nothing to hide behind.

These 10 physiological hot spots for “emotional leaks” are prime real estate for reading between the lines of someone’s story. So the next time you’re facing a high-stakes interview, business meeting or personal conversation, remember that 80% of what’s being said is being transmitted through body language. So keep your eyes on the hotspots.